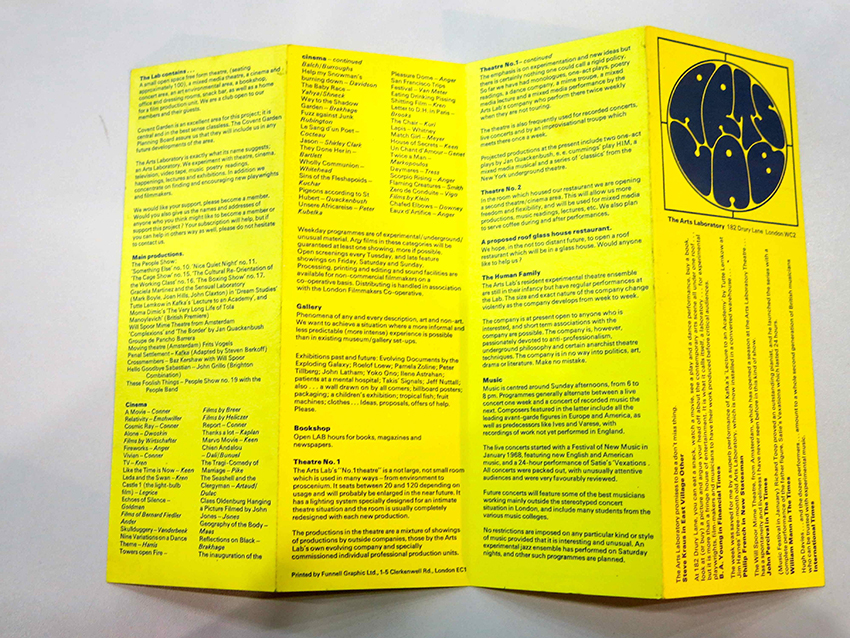 Squaring the Circle has concentrated on the cultural value of the Arts Lab’s contributions to the cultural life of the UK from its opening in 1967 to the present day. The research has sought to augment published accounts of the Arts Lab’s activities through the testimonies of key figures from the 1967-69 Covent Garden Arts Lab.

The project has documented archival records and undertaken many hours of interviews with Art Lab collaborators and supporters, developing cultural probes to consider the further impacts of Arts Lab’s legacy. This data has been considered by the research team and shared with an invited group of Critical Responders, who in turn were tasked with sharing their findings with a wider peer group in a symposium context.

Thematic concerns, questions and contradictions identified through the research were used to inform the development of other materials and formats to engage a wider group of arts organisations and individuals in debating issues which appeared to transcend the narrative of the Arts Lab.

Working in the spirit of the Arts Lab, the project sought out multiple voices from different periods and backgrounds to offer up evidence for measuring the value of experimental art practices. The project’s structure was iterative: from desk research that led to interviews with original Arts Lab organisers, which fed directly in to the structure of cultural probes that informed the data delivered to critical responders who presented to an invited peer group at the closing symposium, the research team responded to the data it was presented with, through the life of the Project, adapting subsequent stages to take into account emerging findings.